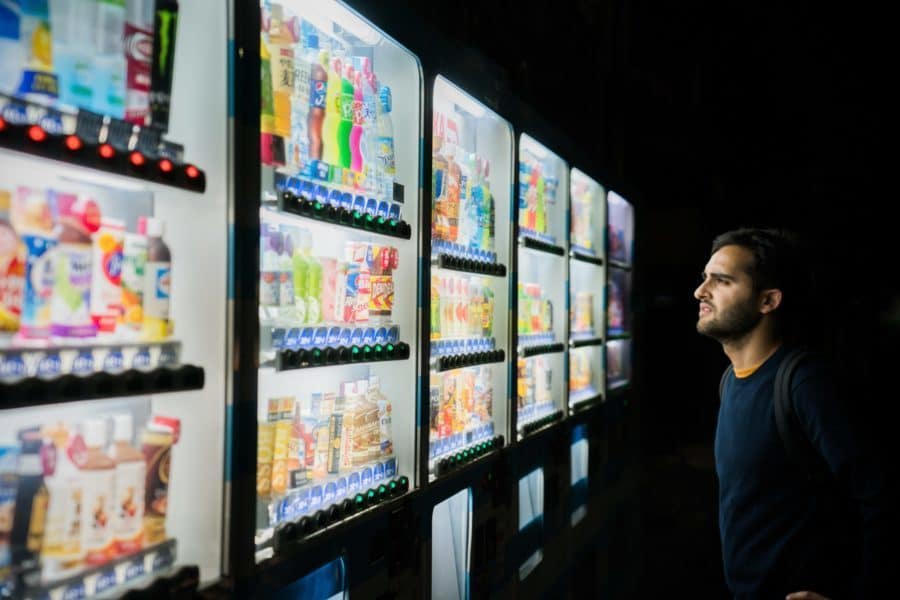 A Fresh Take on Capitalism

As democratic presidential candidates vie for publicity, capitalism has been caught in the cross-fire of political debate. Some defend it with a religious zeal, while others blame it for inequality, global warming and more.

Among young people, capitalism is viewed with an increasingly critical lens. A study found that just 45 percent of Americans ages 18-29 view capitalism positively, down from 68 percent in 2010.

But what is capitalism, on a fundamental level? Are we all talking about the same thing?

Typically, capitalism refers to an economic system where private companies control production and free markets are used to exchange goods and services. But in our society, capitalism often also refers to an ideology, where followers advocate for a small government, few regulations, and lower taxes—closer to the term “libertarian.”

The capitalist system has created the most economically prosperous and technologically advanced society the world has ever seen. Sixty-five percent of the world owns a cell phone, and rates of extreme poverty and infant mortality are tiny fractions of what they were a century ago.

The key to this perpetual progress is a shared belief in growth that leads to the funding of new ideas. Individuals are incentivized to create value and markets determine the most efficient allocation of resources. Both proponents and detractors of capitalism recognize the importance of innovation to help the world move forward.

Capitalists also believe that the government should stay out of the economy, that an “invisible hand” will create prosperity for all. By the measure of economic growth, the capitalist system has certainly succeeded.

But capitalism’s greatest strength is also its greatest weakness. An incessant focus on growth means that the well-being of people and the planet are under-prioritized. Capitalism leads to enormous levels of inequality, where the rich get richer and the poor become trapped in a cycle of poverty (to be fair, most economic systems throughout history have been even worse). Finally, capitalism can create conditions for monopolies, which discourage innovation and exploit consumers and workers.

For the first hundred years of U.S. history, greedy capitalist motives fueled slavery—an efficient way to grow a business and an incredibly unjust way to treat humans. Even in the 150 years since slavery was abolished, we see the capitalist system striving to pay workers less to produce more. Do I know how the workers who made my clothing were treated? The workers who grew my coffee? Who made my iPhone?

The second loser in the capitalist system is the planet. Our earth doesn’t play by the same rules as our stock market, and increasing production often means increasing the consumption of finite resources. Capitalism teaches that each person is entitled to buy as much as they want of whatever they want, even as our planet recoils. Perhaps the most important economic question of our time is how to design a system that makes environmental sustainability a guiding value rather than a forgotten externality.

Our earth doesn’t play by the same rules as our stock market, and increasing production often means increasing the consumption of finite resources.

So where does all this leave us?

The first lesson is that capitalism has become much more than an economic system. It is intertwined with social and political values and functions more like a religion than an academic theory. Therefore, it is crucial that we define our terms in political discussions, and recognize the strengths of our current system as we work to amend its flaws.

The second lesson is to recognize that capitalism values growing profits. If we as a society have other goals like justice, opportunity, equality, freedom, sustainability or health, we need to intentionally design them into the system. The invisible hand won’t do that for us.

Democratic candidate Elizabeth Warren has proposed a hotly-debated wealth tax, where Americans owning over $50 million in wealth would pay a 2% tax. So, for example, if I had $100 million that was growing at 7 percent per year, I would pay $2 million in taxes and be left with $105 million at the end of the year (sounds really tough).

Although wealth taxes have been difficult to enforce in the past, Warren claims her tax would raise $2.75 trillion over ten years and be used to pay for universal childcare, preschool, and healthcare. Even many billionaires are supporting the tax (perhaps they noticed historical examples of unequal societies revolting and crumbling).

On the environmental front, various democratic candidates have supported representative Alexandria Ocasio-Cortez’s Green New Deal, which aims to reach net-zero emissions globally by 2050. Under the plan, the government would undertake projects to source all energy from renewable sources, invest in high-speed rails, and provide new economic development in communities that currently rely on the fossil-fuel industry.

Recognizing the power and pitfalls of capitalism is the first step in helping the system evolve towards justice. How can we keep investing, building and creating, but in a sustainable way that prioritizes human well-being and protects the planet? There aren’t many easy answers, but the question may define our time.